Come meet Penny Pearson in person AND lots of other amazing authors!

This event combines so much talent from so many genres. You name it, you can probably find it! With luck, we won't have tornadoes or floods this year!

Come join us in La Grange, KY if you are nearby on Saturday, April 14th.
Posted by Me at 6:59 PM No comments:

Ever want to travel to ancient Greece? FREE book to experience it! 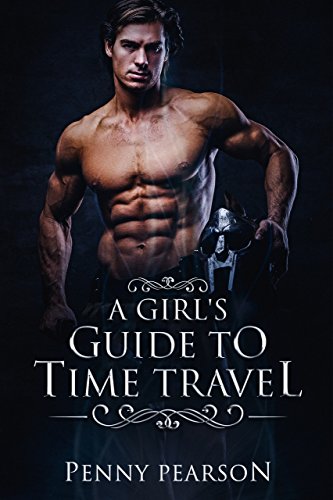 For a limited time, my Greek time travel, A Girl's Guide to Time Travel is available for free in ebook on Amazon! This adventure romance is fast-paced and humorous. I hope you get a chance to enjoy HOLLAND and DORAN'S story!
https://www.amazon.com/Girls-Guide-Time-Travel-ebook/dp/B07BHHW9DJ/ref=sr_1_1?ie=UTF8&qid=1522201444&sr=8-1&keywords=penny+pearson
Posted by Me at 6:49 PM No comments:

Not Always an Instant Success

My first traditionally published book got released this weekend, and in my brain I thought I would have a party with lots of people cheering me on. Reality was no one cheered, there was no party, and the book quietly slid into the world to rapidly get swallowed up and lost in the sea of author dreams and torment. I’m not giving up, but it is humbling to know success is so hard to achieve completely by chance.

Being the author is the easy part for me. It’s the other expectations that are where I fail and need help. I’m not good at marketing. Gone are the days where a publisher’s team would swoop in and carry you on their shoulders to book signings, conventions, workshops. I’ve invested in new business cards, bookmarks and signage. I am my own team, and I am not going to give up. I have my first book fair in a few weeks, and I’m already practicing writing my new pen name.

And no matter what happens in the world of sales, I still have the comfort of creating new characters and worlds to aid in an escape from reality.

A Wrinkle in Time review

After determining from other reviews that A Wrinkle in Time might not be appropriate for my young daughter, I ventured into the movie theater sans child. I didn't have much expectation of this film due to the fact that I never read the book. I did see some previews during other movies and, from what I saw, my interest was piqued. I do adore Disney movies.

I can't tell you exactly why I left the theater after the movie was over, feeling slightly dissatisfied. All the actors were great, wardrobe looked phenomenal, and the CGI looked natural. I found myself not involved with the movie.

Some emotions seemed out of place, and even though there were a few instances where characters expressed faint mistrust, NO ONE seemed freaked out to be in alternate universe.  I also wondered why a six year old (or however young Charles Wallace was) could lead everyone around so easily. No one even grabbed him by the hand to slow him down!

Probably what irked me the most was when Meg's father was located and he apologized for looking for the origins of humanity's existence. He APOLOGIZED!! Granted, it was sad he was away from his family, but he found something so special and incredible, how could he NOT be awed by it?

I will just cross my fingers and hope the future Disney movies (including Mary Poppins) fares better than this relatively unremarkable film.

NEW RELEASE - A Girl's Guide to Time Travel is available!

HOLLAND & DORAN'S story is live! Come with Doran and Holland on an adventure of a life time set in ancient Greece.
Ebook and printed copies are available on Amazon! I would LOVE any reviews of my newest! I will also be at the 8th Annual Independent Authors Fair in La Grange, KY on Saturday, April 14th at the Stardust Romance publisher table.
https://www.amazon.com/Girls-Guide-Time-Travel-ebook/dp/B07BHHW9DJ/ref=sr_1_1?ie=UTF8&qid=1521421839&sr=8-1&keywords=a+girls+guide+to+travel+time

I DID IT! Feb NaMoPaiMo horse finished!


I am happy to report I completed my February NaMoPaiMo horse within the timeline in February! I managed to finish it even after getting the flu (type B!) AND strep at the same time. It took me out for a week, but I made up for lost time - at the dissatisfaction of my daughter (and possibly husband). 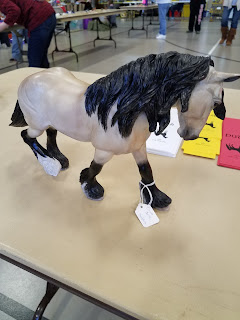 I used pastels for the very first time and found I really liked working with that medium over straight acrylics. I learned I truly sucked at painting, but scraping pastel on a paper plate and applying to the model worked better for me. If I could do it over, I would have chosen a smaller model for my first time. The draft I chose was gigantic, but I've never been one to back away from a challenge!

I was able to test my customizing at my first model horse show of the year in Ashland, Ohio last weekend. His show name is: Prime Directive and he earned a 1st place in breed and a 3rd place in workmanship. I was over the moon!


NaMoPaiMo introduced me to an entirely new group of people with phenomenal talents. They were so willing to share their knowledge and cheer everyone on. Since the competition started I haven't stopped painting new horses.

Hopefully I will leave time for writing!
Posted by Me at 6:07 PM No comments:

I am in the midst of selecting a pen name for my books to be published. There is nothing wrong with my name, except there is another author that writes under the same name in the romance genre. For the sake of less confusion, I've decided to say goodbye to Angela McPherson and hello to (DRUM ROLL please!)... Penny Pearson.

I have my husband to thank for Penny (his thought process being - we're coming up with a pen name - hence PENny. Ha ha, get it? We also tried to keep something from my last name. I also kicked around using initials, maiden names, 1st road of childhood (but that ended up sounding like a stripper -- which there is nothing wrong if I were going for that kind of name!)

So, Penny Pearson it is.

I am a bit apprehensive on how to go about with a pen name. It's strange to think if I get anyone that really likes my work they will know me as Penny. Not Angie. It's almost like I have a second identity. Ooh, now what kind of crazy stuff could I write with this alternate ego?! I will have to practice signing my new name for any book signings. I've found very little on the internet about surviving with a pen name. Authors decide to use pen names for many reasons, so it's not too out of the ordinary.

So, stay tuned and I will provide updates on life under a pen name!

Stay paranormally weird!
Penny Pearson
Posted by Me at 5:11 PM No comments: