Long time no speak! I finally have trudged out of quarantine, just as we're about ready to re-enter it again, of course. Some exciting things have quietly happened during this COVID spring/summer/fall. Book 3 of the Wizards of the Vatican has been turned into the publisher for future editing. Book 2 should be slated for release springtime 2021.

Let's really hope for a quick and healthy vaccine rollout so I can get back to book shows. I miss getting out and talking with readers, and really look forward to talking with people face-to-face.

On the book front, I am currently working on Book 3 of my Girl's Guide series. I need to really motivate and I had hoped NaMoWriMo would be that catalyst. Not so much. I've found I'm more willing to work on my children's book line and managed to be fairly productive this year with 3 new releases slated for early 2021!

For those of you interested in children's, here are the details:

I had a fun time making these stories, but know I know it's time to get back to "big girl" stories. Wish me luck on getting Quinn back on track and finding a way to beat the bad guys in my WIP, A Girl's Guide to the Bermuda Triangle!

Welcome to my book store! It's taken me more than twenty years of effort, but fun times were had getting here. In light of Covid-19, I fear my book events this spring and summer are going to be cancelled. So, I thought I would bring all my books to one place... just like in my 10x10 tent, only on the computer screen.I've got a little bit for someone and everyone!

Please feel free to look through and click to get more info!


I'm currently working on multiple projects, so more coming in the future!

Book Release and Coronavirus, could this be a thing?

My first book in my Wizards of the Vatican series, Ritual of Blood, has its release date is tomorrow, Wed. March 11th. Right smack dab in the middle of the Coronavirus outbreak. Great. But, maybe I can spin it that everyone needs a good book if (or when) we're quarantined. What better way to escape reality than to read about wizards and necromancers!

We'll see how it goes. I think I have a few pre-orders, which is pretty cool. Now, I just need to keep my nose to the ground and finish my edits on book 3. I set a deadline for myself to have it complete before March 20th. I should make it, barring any trouble.

Let's cross our fingers and hope this new virus is short lived, and we can get back to living our normal lives.
Posted by Me at 7:34 PM No comments:

Okay, yes, I know. I'm probably too old to enjoy Zombies 2, but I don't care! I really enjoyed the first one and had the same expectation for the second. I have an 8 year old that likes the movies. But as I'm typing this right now, I'm watching the movie... all alone!

The songs are as catchy as the original. I love that they used some of the songs (or instrumentals) from the first Zombies. The werewolves were a great addition, and I love the hint of a third installment at the end of the movie.

And you can be sure I'm going to watch the Sing-a-Long on Monday evening on Disney!
Posted by Me at 7:51 PM No comments:

What happens when your publisher closes its imprint?

What does happen when your publisher closes its imprint? Well, it happened to me. The imprint that published me is no longer viable. When I reached out to the main publisher, I determined they just didn't have time for me. So, I asked them if it would be preferable if the rights to A Girl's Guide to Time Travel reverted back to me. They agreed with an apology. 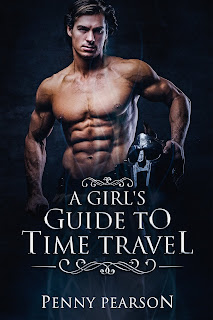 Now, I have a book - unpublished. And I'm fine with it. I received limited help from the imprint for marketing (or even feedback), so it won't be much different than being self published. I paid for my cover because of the extensive marketing material I possess. I am toying with the idea of an alternate cover to appeal to all genders. (My demigod looks absolutely wonderful - stomach flip, included, but he might put off the male reader.)

I'm in the process of formatting the manuscript (I didn't get that back from the publisher), and then I'll got it on Amazon. My sequel is there already because I knew the imprint wasn't going to survive, but I wanted to get the story out there.

So, there is life - even after your publisher gives you back your work. In my case, I was really lucky that the imprint was willing to work with me.
Posted by Me at 7:41 PM No comments:

Pre-Order available for new series Wizards of the Vatican!


Seventh Star Press is proud to reveal the cover art for Ritual of Blood, the first Wizards of the Vatican Novel by Penny Pearson! A paranormal fantasy and supernatural thriller, Ritual of Blood will be released in print and all eBook formats on March 11, and a Kindle Pre-Order window will open shortly!


Pre-order the Kindle Version Today at the Link Below!

Synopsis of Ritual of Blood:
Stumbling across a ritual murder, Zoe Hunt finds herself snared in the web of a necromancer. Danger lurks around every corner, and she must determine who is out to help and who is out to hurt her. With the necromancer in pursuit, she must rely on the help of a mysterious stranger with guarded secrets, Erik Vardan.

Charged with hunting necromancers around the world and eliminating their threats to innocents, Erik works in a secret department of the Vatican.  The ritual murder bringing him together with the impulsive and fearless Zoe soon sets his organized world to chaos.

Can Zoe and Erik unravel the mystery that surrounds them in time?

Ritual of Blood is the first book in the Wizards of the Vatican series.

Penny Pearson lives in southern Indiana with her husband, young daughter, two quarter horses, two rescued dogs, and two barn cats. She graduated with an equestrian degree which she used at some point in her life… for a while. Forced into an air-conditioned career, she loves to create stories of unusual characters placing themselves in danger and falling in love.

Loathe to commit to one genre, she likes to call her works paranormal adventures. No subject is unchartered (well, except fairies) as she has written about vampires, wizards, half-angels, demigods, and immortals. She’s also been known to throw a dinosaur or two in her stories!

Penny has signed a 3-book contract with Seventh Star Press for her Wizards of the Vatican series with book one to be released early 2020. Penny is also signed with Stardust Romance Publications for, A Girl’s Guide to Time Travel. She also has an Immortal vampire series available on Amazon.com. She is currently working on another installment of A Girl’s Guide series (Quinn gets to experience the Bermuda Triangle).
Posted by Me at 6:41 PM No comments: