A Girl's Guide to Purgatory is now released!

We did it! My Girl's Guide sequel is now available in ebook and paperback! This is one of my favorite stories. I finished it a few years ago, it got better editing and a new cover design. Originally it was to be traditionally published... but that's a long story and does't end well. 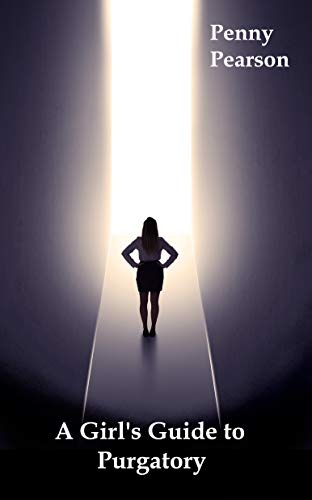 But I love this story so much, I didn't want to give up on it. The idea of someone falling in love after they die is so compelling to me. I also wrote it during one of the toughest times of my life. One of my work friends (and someone I called a true friend) passed away while I was writing it. I think creating a character in my friend's memory helped me get through my sadness. I was able to keep her with me a little longer.

And even though it was bittersweet to write THE END, I have a feeling Kathy would be proud. I am not religious, but she was. And even though we have our differences in beliefs, she still welcomed me in her world. We were friends, and that is not something I grant very often. I'm a solitary soul. I love the people closest to me, but rarely invite anyone else in.

So with thoughts of Kathy, I'm re-releasing A Girl's Guide to Purgatory. This book has action, danger, love, and everything in between. I took the strange and unusual and tried to blend it in to an environment that I thought would be familiar, yet different.

If you feel like reading a fast-paced book with super neat characters, take a try at Purgatory!