Wednesday - Grown-up and Still Throwing Insults with the Best of Them! A review with no spoilers.

I started the Wednesday series on Netflix this week. Even though every once of me wants to binge watch all the episodes, I'm trying to savor the good. To say I'm enjoying it, is an understatement. Jenna Ortega is a wonderful continuation of Wednesday Addams in today's incarnation. It's also a bit startling to see Jenna in such a serious role, as I'm used to seeing her while watching Stuck in the Middle (Disney+) with my daughter. But she's doing an amazing job. 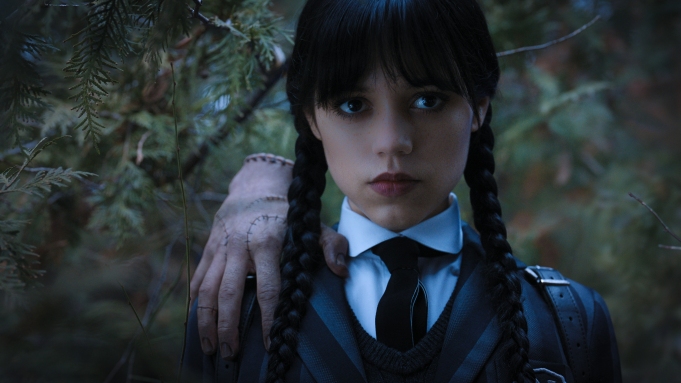 I've always liked The Addams Family. We have the black and white TV series from 1964. I've seen the 1990s movies in the 1990's and watch them over and over (I'm a BIG fan of the Addams Family Values.) We liked the most recent animated movies, as well - and own copies of those.

I love the culture clash between the family and the world. Nothing bothers them and somehow they come out on top.

In the Netflix series, Wednesday is sent to a boarding school due to getting expelled from her former high school. At Nevermore, she is deposited into an almost Harry Potter-esque situation, with different cliques vying for top spot of coolness. Wednesday has no desire to conform to anyone's standards and is willing to tell anyone her feelings. As the episodes unfolds, Wednesday tries to figure out the mystery surrounding the school and the nearby town.

There are many story lines floating around. As of now, they are certainly keeping my attention.  It also doesn't help that Tim Burton was involved in more than half of the first season and that Christina Ricci is in the cast. This show appeals to the goth that lives inside of me and can't wait to see where it'll take me.